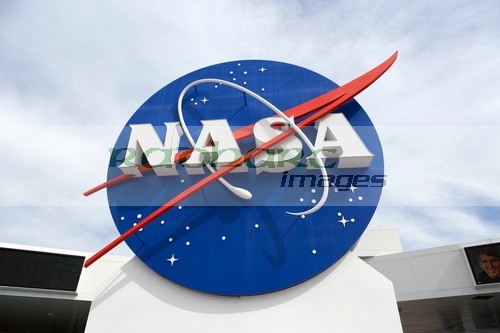 Houston we have a problem…

Author: admin
Category: Photography, travel
Tags: assembly, building, center, centre, florida, kennedy, ksc, nasa, shuttle, space, USA, vab, vehicle, visit
← brass on brass, finger off the trigger, point down range and squeeze..
Had enough of this dull damp cold rainy rock in the middle of the Atlantic… →
Search Radharcimages
One of my life’s ambitions was to visit NASA or more specifically the Kennedy Space Center. The last time I was in Florida it was timed to coincide with a Shuttle Launch but with all the best laid plans, a hurricane decided to make an appearance and the only sight I ever got of a fully loaded Space Shuttle was on the tour bus at KSC as they closed the doors on the Vehicle Assembly Building. Just enough of a peek to see the bottom of the solid rocket boosters and the main fuel tank. 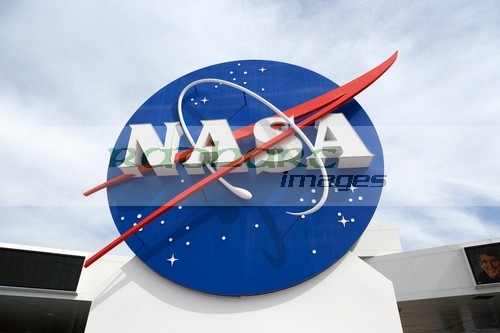 NASA logo at the Kennedy Space Center
Now the shuttle programme has finished the space shuttle which was the shining light for space travel when I was a kid is now just a part of history. Its now to my nephews what the Apollo program was to me, something that was around when I was alive but mainly something just passed and what people talked about.
The current absence of a manned programme and apparent lack of anything at KSC didn’t detract me from paying a visit. 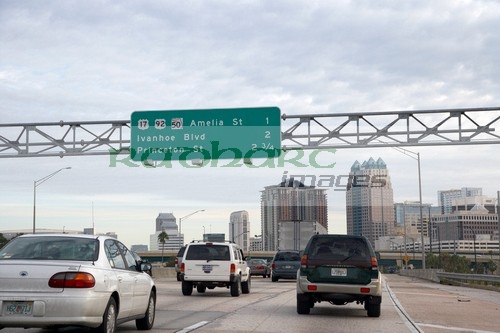 Morning rush hour in Orlando
I got there early in the morning, a bit too early to be honest, yes the big kid in me didn’t check what time it opened and braved rush hour traffic in Orlando before realising I was going to get there a couple of hours before opening time. I had a quick look at the map to see if there were any detours I could make before I reached KSC and I saw I could take state roads rather than the interstate. On those state roads I couldn’t believe it when I saw a town called Christmas. Seriously! That was worth a visit, Christmas in September in 30C heat! 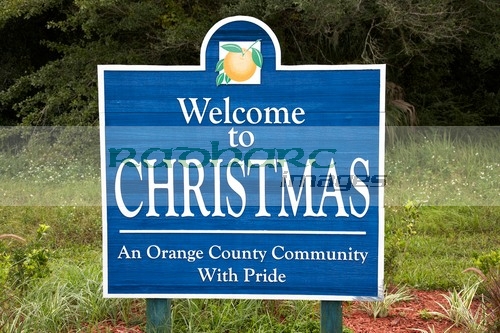 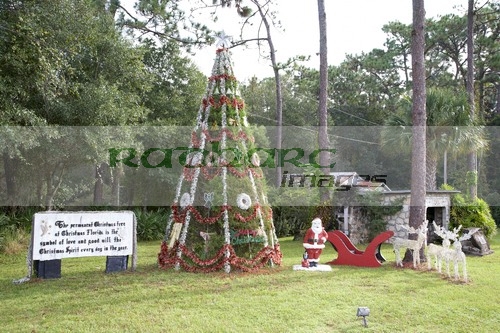 Christmas Florida
Since I was last here it has been not exactly turned into more of a theme park but there are different tours, a very good shuttle launch ride and probably by the time this post goes live a real life space shuttle orbiter on display. The previous trip was just a couple of hours, enough to see the IMAX movies which were a huge draw at the time back in 1995 as it was the first chance I got to see anything in IMAX. Now its more a bit of an all day experience, and the entrance price probably means that you would be better off making a full day of it. If I remember it was NASA running it wayy back then but now its a 3rd party company and a lot slicker. There was also a parking charge which split between a full car wouldn’t be too bad but a bit much for just one person but I digress… …well actually its a valid point, walking up to the entrance, getting in the queue for tickets, trying to schedule the extras I wanted and so on all made it feel more like a theme park than the place Id always had in my head, and the place Id visited previously. The previous visit there was the feeling that whilst not an annoyance, the visitor aspect was something tagged on to the side of the space exploration, science and technology site whereas now it seemed to just be a theme park on a historic site. 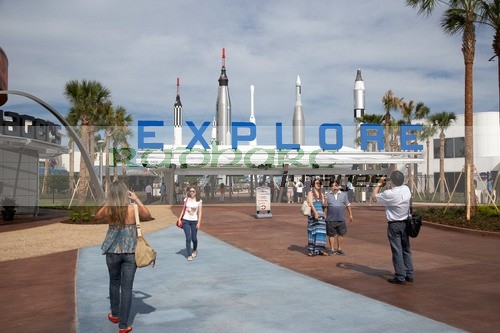 Entrance to the Kennedy Space Center
Unfortunately that feeling just deepened during the day and I can genuinely say that it left me with a great feeling of sadness. Most of the talks and the tours were of past glories and talking to the old guys who were involved in the shuttle programme, the young people on my tour had no idea what they were talking about. They were complaining about aspects of the tour that weren’t exactly slick by theme park standards and precisely because until recently this was a space launch site. That would explain why the viewing platform was so far from the assembly building and so far from the launch site, simply because if it went tits up, that’s an awful lot of shrapnel and propellant. They still didn’t get it. 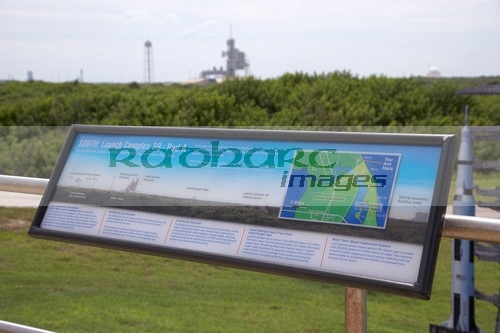 launch complex pad 39a at the kennedy space center
The scheduling was quite poor and I couldn’t get on all the new tours. There was the old tour I had went on previously but because of the ramp down (temporarily I was told) in operations we could visit the Vehicle Assembly Building or mission control. Unfortunately the schedule meant I couldn’t do both although the driver said on the mission control tour the day before they had one person. Now most people saw that as a disadvantage, I just thought it would be a tour and a half. It says more about me that I was disappointed I couldn’t spend more money but I took the VAB tour, the chance to visit where the space shuttles were put together and the largest single storey building in the world was too good to pass up. 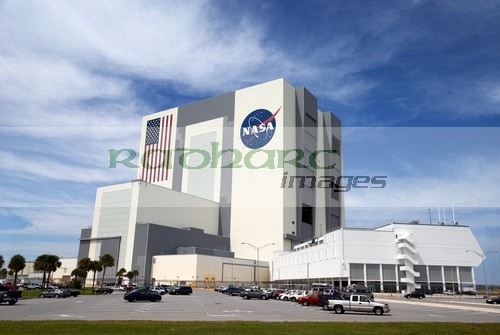 Kennedy Space Center Vehicle Assembly Building
The scheduling was poor so I didn’t get the chance to get something to eat before the 2.5 hour tour and only had enough time to get a quick run through the rocket garden which I managed to somehow miss on my last visit. 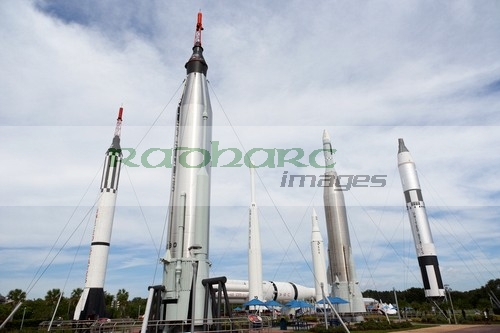 NASA Kennedy Space Center rocket garden
The VAB tour didn’t disappoint as there were mockups being prepared of the Orion module and some shuttle engineers were on hand to do a show and tell with the space shuttle heat tiles, just standing in this massive space was worth the trip alone. 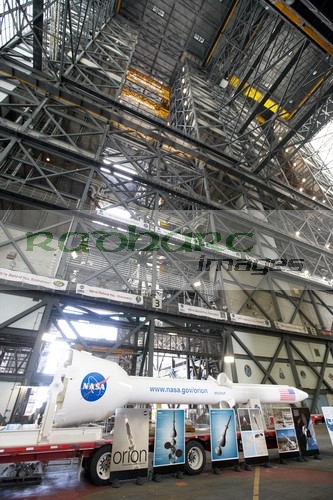 orion mockup in the VAB at KSC
The rest of the tour was the standard NASA tour with trips to the launch pad 39 areas which were being stripped of the space shuttle launch stands and then the final stop at the Saturn V/Apollo center which wasnt opened when I was there the first time. It houses the massive Saturn V rocket and some of the Apollo memorabilia but at 3pm, no lunch and 2.5 hours on a tour it also housed the restaurant and the toilets. Its sad to say that the pulled pork sandwich and cold bottles of water had more of a draw than touching a piece of moon rock but thems the facts! 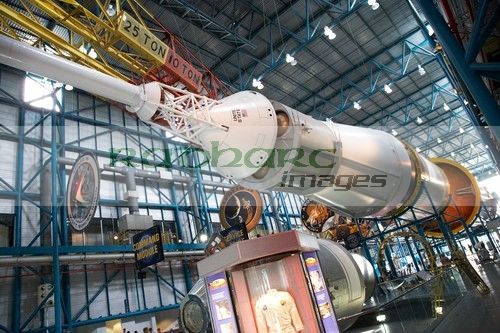 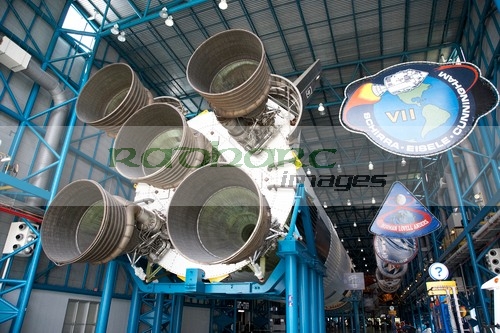 apollo saturn V centre kennedy space center
I got the tour bus back to the main entrance and one of the guides said to those on board to go home tell our friends that the Kennedy Space Center is still open and that NASA is still open for business. By this stage in the day it felt like I was visiting a museum, despite seeing the distant SpaceX launch platforms for the resupply flights to the ISS, and the guide sounded slightly desperate and strained. Probably the heat and dehydration clouding my view but that’s the feeling I was left with.

I left via the gift shop (where else) and asked if they had any models of the Columbia shuttle. I had seen them out in the Saturn V building but the assistant seemed a bit taken aback at my request as the only ones on display were the ones that didn’t blow up. He said that it would probably be in poor taste to put them on display and I said that it would mean a lot to me if he would go and ask. I explained that as a kid I sat and watched the Columbia first shuttle mission land on an old black and white tv and that’s the reason I ask. He went off and came back with one. What I didn’t add was that it is one of those mixed memories you have as a kid. The reason why my sister and I were watching it on an old black and white tv was that my mother was having one of her ‘episodes’ and was going nuts downstairs and it wasn’t safe for us to be around her. We both went and hid up the stairs but ran the risk of a beating to turn the tv on with no sound and watch the space shuttle land. So now like all the movies with 80s US kids bedrooms, I too have a space shuttle model!

Just before I headed off I wandered up to take a look at the astronauts memorial, sadly with more names on it than there were when I first went there.

I was sorry to leave the Center in the mood I was in, but that I suppose is the changing face of the economic realities. No more Cold War and no more unlimited budgets. There is a lot of private space exploration but without the ‘marquee’ programmes that have certainly dotted my youth and teenage/young adult years. Most young kids now going to the Kennedy Space Centre will probably see it more as a museum than somewhere truly awe inspiring and thats a sad note to end my florida trip blogs on….

…which of course is exactly how I would have left it if Id been a bit more diligent and wrote the blogs in a more timely fashion. Since my visit to KSC and Florida Ive been back to Canada and when I returned early in 2013 a friend in Canada sent me a message on facebook with a photo attached. That photo was a nighttime shot of Belfast taken by a Canadian astronaut on the International Space Station. Ive spent a few nights over BBQs and the like looking at apps on the phone to see if we can see the ISS, the bright light in the sky and so I followed this guy on facebook. Over the next few months the stories, videos and experiences of being on the ISS were amazing. Col Chris Hadfield was putting the cool, the amazing and I would even say ‘the awesome’ (and mean it) back into space travel and exploration…..
…and all that before he released the video below. After all I said about KSC, NASA and space exploration this video really did bring a tear to my eye. Enjoy.