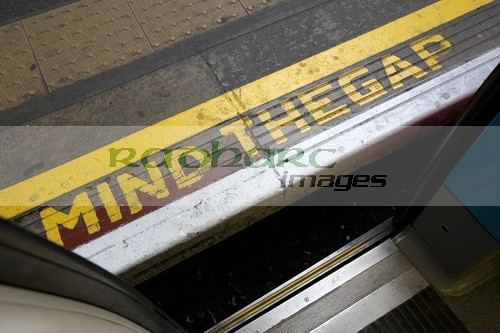 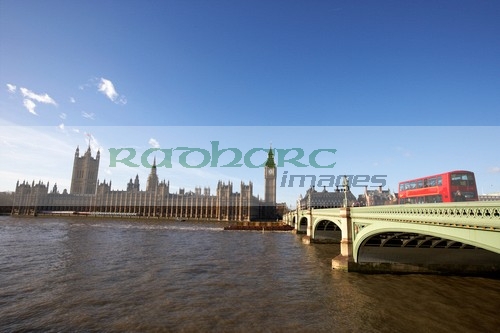 London westminster bridge and bus houses of parliament
It had been almost 14 years since I last stayed in London. Well not strictly true I had spent a few nights in London since then but part of a medivac journey doesnt really count 😉
London is one of those places I love to visit but would hate to live there. 16 years ago I spent about 4 months working in the west end of London. It involved working there 5 days a week and returning home to weekends which really meant getting in late on a Friday night, doing the washing and drying clothes on the Saturday and then packing for a Sunday night flight to be at my desk for 9am on the Monday. Not much of a life really and sounded a lot more glamourous than it actually was. After a month or so I tried to work 12 hour days monday to weds so I could get home earlier and when the offer of a permanent job came, I was never so glad to turn a job down in my life. Yes I spent time in some great hotels and got the opportunity to eat in some great restaurants but after a while all you want to do is go back to your hotel room and get room service and watch tv.
So I spent some time away from London but would always get over sometime during December, if for nothing else than to take a wander round Harrods and splash out a little.

Harrods Knightsbridge, London
Id organised this trip to go over and do some quick coffee meetings with some of my London clients. Its odd but I worked for a client in London for over 4 years and it was a good relationship with the client but we never met once in that period and I realised that this was the norm with my current clients so thought Id make an effort to press the flesh. I know I was probably asking too much to get the chance to go round and do some stock photos as it would be totally weather dependent and booked a month in advance it was pretty much a see how it is when you get there trip. If all else failed I’d go to a few exhibitions and I might even do some tourist stuff. 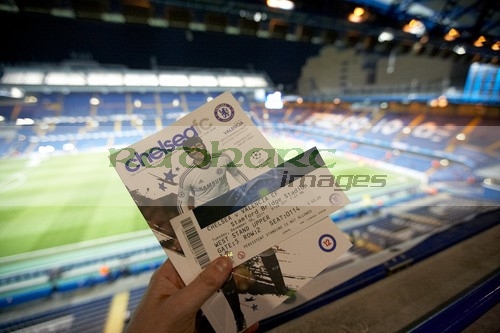 Chelsea FC Stamford Bridge London
The way the flights worked out Id arrive after dark in London and had pretty much the first evening to myself. The question was then do I take in a show, go for a wander, go to the cinema, veg out in the hotel or… …well to cut a long story short I ended up at Chelsea for a champions league game. A great chance to get some quick street food which looking back on it I wish I’d missed. Not long after returning from Hong Kong where the street food there had sort of spoiled me So when I couldnt decide if the bap had more bread than the sausage I knew Id made the wrong choice!
Still the game was a good result for Chelsea and when the great Fernando Torres was introduced at 80 odd minutes it was time for me to leave and get a quick train home. Turned out to be a great move on my part, with delays, breakdowns and so on it took over an hour to get across London. How on earth are they going to hold the Olympics? 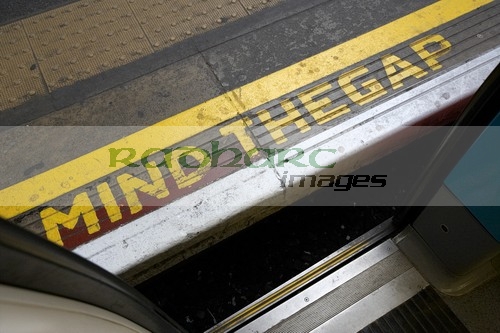 Mind the Gap – London underground
When I worked in London one of my bosses was one of those typical London bosses, when he invites you out for Lunch, it is of the liquid variety. I learned this to my cost one Friday afternoon when I went out with him and a load of the senior managers. After 4 pints I couldnt remember what my name was but I do remember the whole pub laughing when I kept saying ‘no seriously lads, what are we having to eat’. I have no idea how I ended up back in Belfast that evening. The guys had always said that if I was ever in London looking a pint at 6am that I should get myself down to Smithfield Market. Under the market theres a pub called the cock and as long as you order breakfast you can get drink as well. Now as a light drinker the pint didnt really interest me but rather the opportunity to get a fryup that would choke a horse and be made up of every meat under the sun. I waited 14 years for that fry and can I say it was worth the wait. I would thoroughly recommend it and get yourself down to the Smithfield Meat Market (London City Markets) if you ever get a chance. If you are a social networking afficionado (I occasionally use twitter and use facebook for family and friends) then please dont send a message to everyone you know saying that you are enjoying a breakfast at the cock. Innocent enough until some so called friends leave the ‘breakfast at’ part out of their requoting. Sigh! 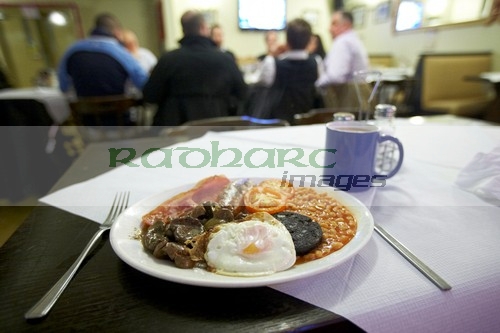 Full English fry up breakfast smithfield market london
Seeing as it was such a ridiculous time in the am and the sun was just coming up I headed down over the river for some early morning city views. Going past St Pauls I got a first glimpse of the Occupy London protest and the ‘ring of steel’ around the London Stock Exchange. Lets be honest I remember some of the rings of steel thrown up here in Northern Ireland,so a few crash barriers and fat lads in dayglo jackets doesnt constitute a ring of steel London. 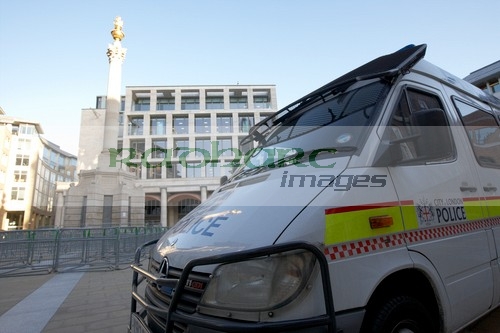 Ring of slightly less strong metal than steel,London Stock Exchange
I do have to say it was an absolutely beautiful morning and whilst cold was probably one of the best Ive ever seen there. I would have mostly stayed there in the summer when at times the heat is oppressive, I remember coming out of an air conditioned office one day for lunch only to stay in the revolving door and go and get crisps and cola from the vending machine.

I spent most of the morning wandering in and around the City hoping to set upon some bankers and give them what for but they must have all been sitting in their office, banking, or something like that. 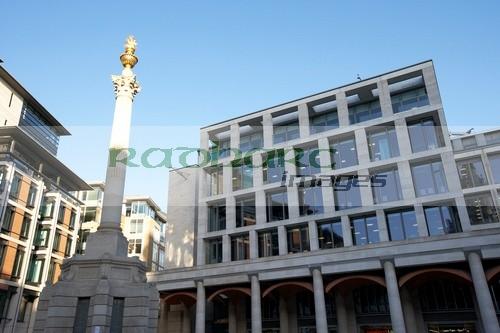 LSE London Stock Exchange
I had a fair idea of the types of photos I wanted so took a wander up around Westminster and in and around Whitehall. It was a good opportunity to try out some of the travel technology Id first tried at my path to enlightenment in Hong Kong. I had downloaded a london transport app, a tube map, walking and guided tour apps and was using google maps to navigate. Despite having an engineering degree and a masters in electronics this felt very weird. Id always travelled everywhere with a map and found it strange to be standing in Trafalgar Square and then finding the nearest highest ranked pub lunch within 100 yards. Sure enough my facebook and tripadvisor friends didnt let me down and I ended up in the excellent porter house just off covent garden. Of course only after Id sat down and ordered did I realise it was an Irish pub and just across the street from Rules where Id unsuccessfully tried to book a lunch. 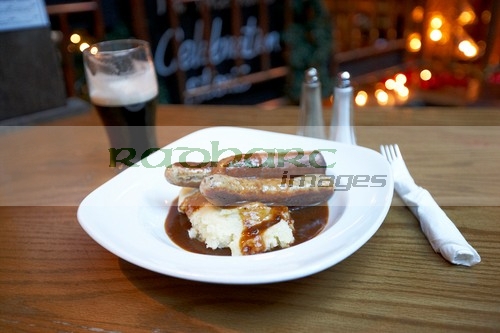 sausages mash gravy and pint of stout porterhouse london
I then made almost a fatal mistake, I decided to go for wander up round Regent Street and then Oxford Street in late evening a couple of weeks before Christmas. Only the previous weekend the police had closed Oxford Street because there were just too many people in it for safety. 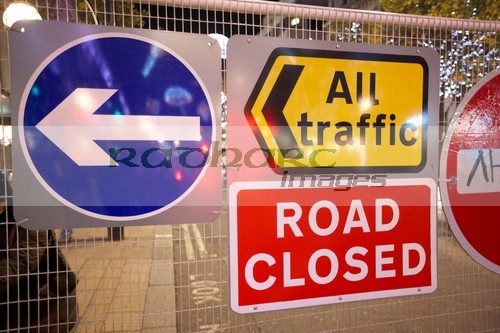 Oxford Street London road closed
Im sure it was nowhere near that now but John Lewis is an odd place to sit and have your dinner, like a bad comedy sketch Id tried to get in somewhere to sit down and made the mistake of trying to navigate through shops when I found myself outside the John Lewis Cafe. With the glories of trip planners, sat nav, tube maps I worked out that it would be a hundred yard dash to Regent Street tube station and then only one change to my hotel.
Ok so I’ll admit it Im chicken and I bottled out and went back to the hotel to watch the football on tv. Theres only so many shopping crowds you can brave before it takes its toll and if its this bad now, whats it going to be like come the 2012 Olympics? 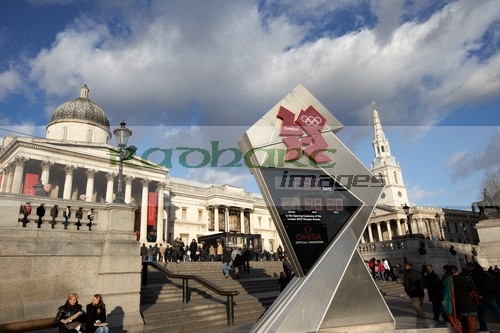