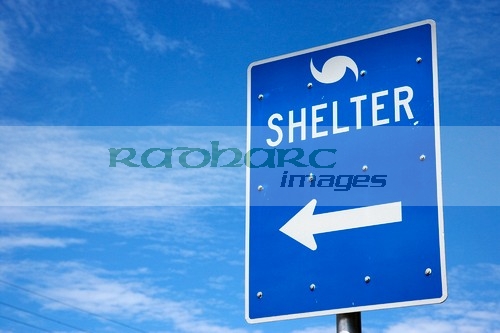 Im Barack Obama and I approve this message…

Author: admin
Category: Photography, travel
Tags: airboat, clearwater, disney, everglades, florida, habitat, hooters, kissimmee, orlando, Photography, ride, rides, swamp, travel, USA
← The Old Man and the Sea….
Its a small world… →
Search Radharcimages
One of the problems with not driving at night, staying in cheap business hotels in the ass hole of nowhere is that pretty much turn 7pm you can either go to bed as you have to be up at 6am or you can watch the local TV. Being just a wee while before the elections almost every ad in this swing state of Florida has either Barack Obama or in most cases Mitt Romney approving that their respective messages. What they don’t approve of course is the scare the bejesus out of you ads from the various lobby groups who tell you that, essentially, the other guy is the Devil incarnate. It must be a bit of a novelty to avoid the ads for painkillers, medical insurance, fungal nail infection, penile erectile disfunction and all sorts of other maladies you didn’t think you had but after a couple of nights of mass bombardment the black plague has made a comeback.
The election stuff is incessant on TV although I had to say in almost 3 weeks of exposure I still didn’t get a couple of the ads, they could swing for either candidate and they must be the ones who funded both. A few ‘we don’t know either, you decide’ ads at 30k a pop does seem a bit wasteful. You might as well go on TV and say ‘we’re still here!’
I long for the day when we get local tv ads along similar lines but without the veiled air of statesmanship. ‘See him, he is a lying bastard, don’t vote for him.’
For a foreigner, some of the TV stations are hilarious – Fox news (my namesake), scaring the shit out of white people since 1996.
But it does have its plus points, for a couple of weeks I sat and had my hotel coffee with some sugary thing deep fried in reused engine oil, downloading my photos, watching Erin Burnett on CNN.

It was a beautiful morning and no hurricanes, thunderstorms, deluges or loose alligators on the drive down to everglades city. 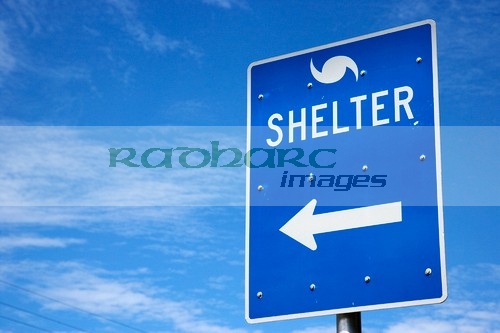 Florida Hurricane Shelter sign
The airboat ride place opened at 9 and of course I was there an hour early and the only car in the carpark. At 8:45 I was still the only car in the carpark and starting to wonder if I’d just done a 3 hour detour for nothing, not even an ice cream (old canada story). Thankfully a couple turned up who had the same idea as me, get their early and avoid the rush. Remembering back 17 years to the last time I was in Florida and the reality of post/mid recession Florida during school term were starkly different. When we got back at about 10am or so we were still the only people around and it was an hour on the road before I even noticed another car, slightly disconcerting when you dont have any mobile signal.
The airboat ride was something Ive wanted to do since I was a kid, watching all those us tv shows and documentaries. You can get airboat rides up in Kissimmee near Orlando but its not the same as a proper small airboat ride in the real florida everglades. The trip Id picked was again highly recommended on tripadvisor and they have a private area and run small boats.
It was a really still morning and the noise this thing made had to be heard to be believed, maybe I’ll use those ear defenders after all!
The first part of the trip was through a mangrove jungle and the airboat fairly hammered its way through there. Great sensation of speed as the channels seemed so close to the boat. 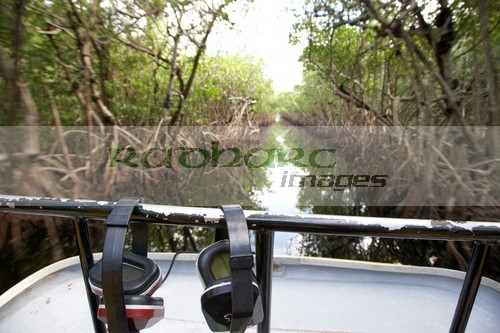 Mangrove jungle florida everglades
The route then opened out into wide open grasslands and it was then you realised that the trip so far only seemed quick! Lots of open straight areas and sweeping wide turns really gave the captain the chance to throw the boat about a bit. You can see how the larger boats doing this can be an environmental nuisance as the noise, wake and disturbance must be phenomenal. 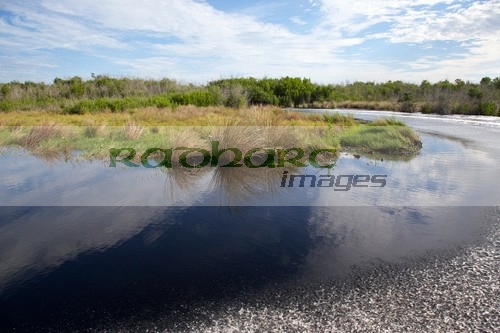 speeding through turn in open grasslands florida
In a couple of places the captain stopped the boat and killed the engine, it was deathly silent, I would have expected to hear more birds, but then again they could have been scared away by the noises. As long as it scared the alligators away as well! 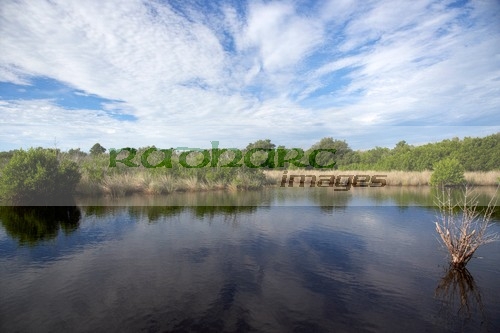 Florida Everglades
And just in case you are wondering, yes the captain does work for tips. I’m reaching the conclusion that subtlety isn’t in the American English dictionary. 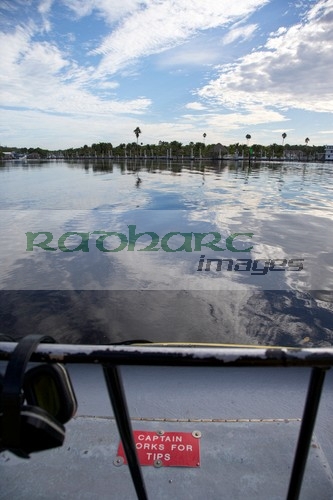 Captain works for tips
With the extra detour in the morning the long drive up to Kissimmee was going to be almost non-stop. No scenic route, just pedal to the metal on the interstate. I had one stop to make in Tampa to pick up some equipment and was warned beforehand to make sure I knew where I was going and to not loiter… …yeah try telling that to my Sat Nav! Every time I stopped for gas I got the ‘hey buddy, could you help me out with a few dollars.’ Most of them were shit out of luck as for some strange reason the pay at the pump credit card machines wouldn’t take foreign registered credit cards. Every time I had to fill up I had to run the gauntlet of hobos to get in to pay and to get back out to the car. Yet another reason for not driving at night! Although on my final fill up just outside Fort Lauderdale airport I was approached by a really good looking blonde girl who asked similar sort of questions – probably a cop!
As I was in Tampa and having never visited a Hooters before I was drawn to Hooters spiritual home in Clearwater. If I could only go once, why not in the original. 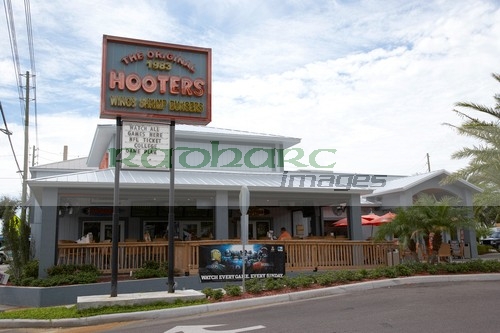 Hooters original in Clearwater
I don’t think you really want an in depth review of the food in hooters, except the basket of chicken wings looked and tasted like it had never been near a chicken. It was a slow day and funnily enough two of the waitresses found themselves drawn to me and my accent. I had about 20 mins here to keep to schedule so after an hour I thought Id really have to be making tracks. I think they got nearly as big a tip as the charter boat mate….
Damn I’m sooo easy to read but is it really been taken for a ride when you know you are being taken for a ride and decide to put up, shut up and enjoy the view?
Anyway, off to the happiest place on earth…
… well I feel that I have to explain myself here. Im not really staying at Disney, I’m not really visiting Disney but some very good friends of mine are and they are staying in the Cars resort with their little ones. The little ones have no idea that when they go down for dinner tonight I’m gonna be sitting there.
I think that’s really cool.
No honestly I really do.
I want to be five years old again and walking around the Cars resort with my eyes on stalks…
…and dragging my mum and dads photographer friend around every single prop and get my photo taken in front of it! 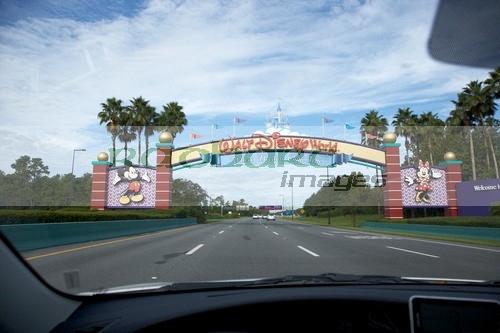 Driving into Walt Disney World
I left my friends quite early as I needed to find my hotel which was only a mile or so away and needed to do some shopping as I was rapidly running out of clothes. I was staying here for at least 4 nights which was the longest stint of the trip and so I’d get the chance to wash some clothes, tidy up, rearrange bags etc.
I was quite proud of myself I’d managed to get a hotel for 19 dollars a night including breakfast and wifi….
…that was until I saw it. The breakfast was warm brown liquid and stale mini donuts, the wifi only worked in the main foyer and my best advice on booking a 19 dollar a night hotel in Kissimmee?…
…don’t.
I’m being a bit unfair, Id read the reviews beforehand, Id been to Kissimmee before and Id be using the hotel as a base and somewhere to store my gear so 19 dollars (plus tax, resort fee and some other shite stuff they don’t tell you when you book) was still less than 20 quid a night. It would do and I have to make the decision to stay here or head up towards Daytona Beach and book a series of hotels from here to there and then down to Fort Lauderdale for my return trip. To be honest I could see that far enough, another 4 nights (not in this hotel but a bit dearer across the road) might be the order of the day and then a mad early morning dash down to Fort Lauderdale on the expressway.
If I did that I could go with the 2 big kids and the 2 wee kids to Mickeys not so scary halloween party at Disney…
…I’ll sleep on it.. 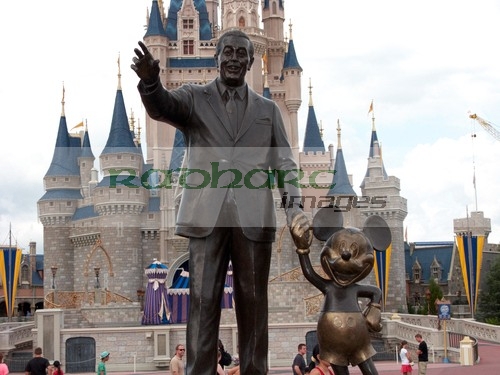