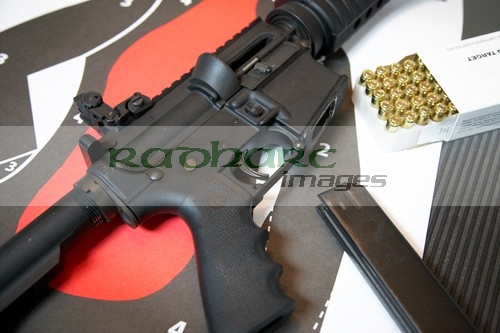 brass on brass, finger off the trigger, point down range and squeeze..

Author: admin
Category: Photography, travel
Tags: coupons, firearms, florida, guns, handguns, holiday, holidays, kissimmee, orlando, range, shooting, shopping, tourism, tourist, travel, united states, US, USA, vacation, walmart
← Its a small world…
Houston we have a problem… →
Search Radharcimages
One thing I had totally forgotten about from my last trip was the whole ‘coupon’ idea. You get these books of coupons for ‘free gifts’ or ‘10%’ off or some such thing which is available in a range of publications, maps, receipts, posters, in fact anything it can be printed on. I don’t know if this still goes on as the coupon booklet dispensers looked a bit unloved and unwanted but they did have QR codes and most of the places now have websites with all the coupons on anyway. I’d bought a sim when I arrived which allowed data and I did get some funny looks when I presented things to people just using my phone. I had thought that there would be more usage here, maybe not. I did have difficulty getting a sim and there was only one supplier (t-mobile) who would sell the equivalent of a pay as you go sim here. Currently I have about 3 sims for the UK, one for the republic of Ireland, one for the USA and one for Canada! Pain in the ass but I went the last trip to Canada without a phone and it was as if a limb had been cut off. 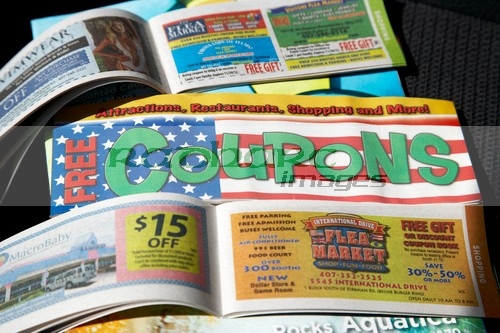 Florida coupon booklets
So I got a few of the coupon books, had a look through them, thought about a few places and then completely forgot about it. Its bad enough having to deal with the tip thing without having to deal with coupons and all sorts of other crap as well. Just put the bloody real price up! One place I did go to has a 10% off the list price listed on their prices page on the website! Now I know not everyone will have access to the website and Im sure they rely on people wandering past… …except this is a place you needed to look at their websites for directions! Sigh. Its probably one of those cultural things we will never understand.

Its like naming a high end resort the ‘Gaylord Palms’. No seriously. 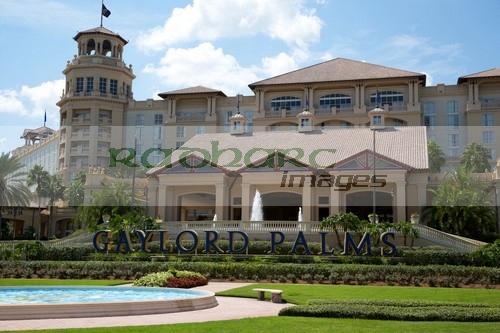 Gaylord Palms resort Orlando
I am such a child at times, its like during the winter here we had a new classification for weather alerts, yellow and red. Its not enough to say ‘its going to snow’ or ‘its going to be heavy snow’ or ‘barricade yourselves in its fecking snowing!’ no we had to have the weather presenters declaring a ‘yellow snow warning’ and ‘yellow snow alert’. Inside the 13 year old boy in me was laughing.
So now you understand when I read ‘gaylord palms’ on the sat nav I had to turn around and get a photo.

The last time I was here I didn’t stay on International Drive either, in fact I didn’t even know where it was. We drove everywhere and were surprised that people went to Florida and didnt hire a car. I was almost killed one night going to the shop next door to the hotel, stupidly I assumed you could walk the 20 years from door to door but no, there was a wire fence, drainage ditch, all sorts of wee biting things and then when I decided to try to walk along the footpath found there wasn’t one and I was walking on an unlit divided highway (dual carriageway to you and me). The next night instead of walking seconds to get a couple of bottles of water I had to get in the car, drive to the main road, turn left, go to the next intersection, do a u turn, drive for another 5 mins to the next intersection, do a u turn and then drive to the shop.
International drive was different, loads of footpaths and here I met my first lobster coloured Irish and Scottish tourists. They obviously had come in on the same plane as my friends and and mild pink to deep crimson was this years trend in skin colour. Of course last time I was here I was here a week before being persuaded that we could stay ‘just one more hour’ in the midday sun at a water park. Lying on your belly with the air conditioning on full trying to eat a taco bell from the side of your mouth isn’t a good look. 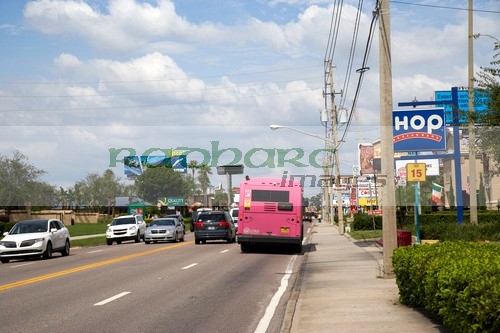 International Drive Orlando
On my previous trip we had to buy extra bags to bring home all the clothes we bought, I still did some shopping this time, mainly to replace the smelly t-shirts I forgot to wash when I first got to Kissimmee and as usual the trainers its impossible to get back home. I had also toured every large hunting and fishing shop up and down both sides of the coast although this time I finally bought something, a pair of fishermans gloves the mate on the charter boat swore by. Ok ok, he was worth the tip for me picking his brains about what small pieces of equipment I should buy. 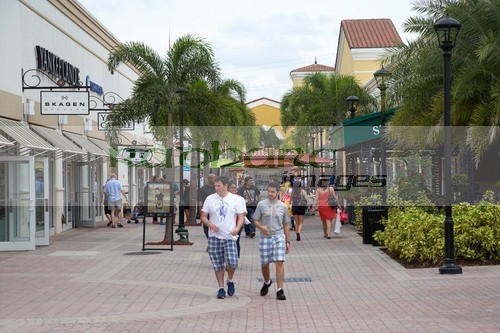 Orlando Premium Outlets International Drive
Fishing shops here are relatively small affairs with a counter, few rods, knives and more lures designed to catch the fishermen than to actually catch fish, most fishing stores in the USA are bigger than the hypermarkets here. Everything from a hook and a swivel to outboard engines costing tens of thousands. You could spend hours in them (I did) and thousands (I didn’t – didn’t have the room in the baggage).
One of the other great satans is walmart and to be fair I do like them when travelling, its a one stop shop for absolutely everything you would need for a trip in florida, water, food, bathrooms, showers, opticians, chemists, doctors, tyres, guns….
That is of course until your friends ring you and ask if you have seen any sugar free childrens cereal on your travels. I happened to be in Walmart at the time and surely with 3 aisles of breakfast cereals there must be some without sugar, salt or chocolate… ..errr no. I did go and ask and the reply was they got that question a lot from tourists… really?
I was pointed in the direction of the couple of shelves in the health food aisle. Any wonder some of the kids here are the size of houses. From an early age they are fed nothing but sugar and chocolate cereals! The scary thing was going down a complete aisle of waters…
…yes waters.. …now I thought there was just two types of water, still and sparkling and of course the expensive variants which have come through rocks for 600 years high in an alpine pass..
..but no, theres water with added vitamins, added calcium, and super water whateverthefuckthatis.
Can I just have a couple of gallons of H2O please? 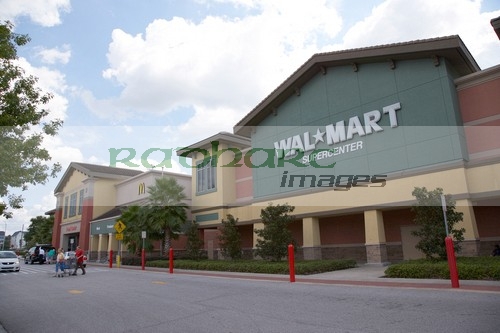 Walmart Super Centre
I had spent almost 2 weeks by this stage and not once had I seen a Mitt Romney poster. I was starting to think where on earth does this swing state idea come from when the entire bottom half of the state seems to be rooting for Obama. I did ask around and I was pointed in the direction of one of the areas of Orlando. I was advised to go early in the morning and not to stop my car for anyone. Not really what you want to hear, particularly with such a ropey sat nav. My destination was right beside a shooting range which was open to the public and I came to realise this wasn’t much of a coincidence. I went as soon as the range opened in the morning and went to see if they would let a foreigner loose on the range… 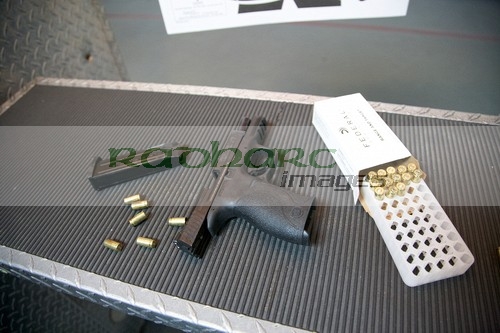 smith and wesson 9mm handgun at the range
..does a bear shit in the woods? Well actually I don’t think there are any bears here in the woods, they probably all got shot when taking the time to take a dump in the woods.
You hand over your passport, fill in some details, hand over the cash deposit and then take your pick from all the goodies on the wall…
I spent about an hour here and just over 100 bucks, mainly firing 9mm ammunition from a handgun an AR-15 semi automatic and a cool looking beretta cx4 storm semi automatic rifle. I started off jumping at the sound of the guy firing some sort of cannon in the next range (not really a cannon just a big handgun) and as I reloaded the handgun after firing the first clip my hands were shaking with the adrenaline rush. It was easy to get sucked in to the bang bang bang, the noise, the fun of it all but constantly there was the thought that I could just kill everyone around me very quickly indeed. Of course there was then the fear that they could all do it as well and probably quicker and easier than me! 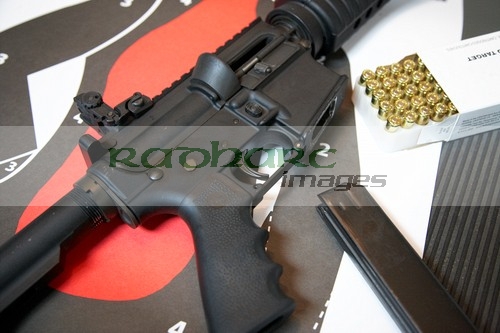 ar-15 semi automatic rifle at the range
I got an in depth safety briefing at the start of the range time and I was surprised when they set the target only 15 feet away. Apparently most ‘gun battles’ in Florida are at this distance. Obviously never been in Belfast then. Id expected to put the targets down range and maybe get a reasonable grouping. I set it about 15 yards away and whilst it was still swinging put a bullet straight in the centre of the target chest. My instructor looked surprised and got a bit suspicious as I said Id never fired a handgun before but had fired rifles.
I couldn’t understand why he was surprised, you just point squeeze, fire. Its then I realised that the reason why most fatal shooting are at such a short distance is that people cant really shoot and just run towards each other until you can almost touch the person, or just walk up and shoot them. I know this should have really made me feel better about my chances of survival but it does ask a hell of a lot of questions.
After about an hour Id had enough, and I do mean Id had enough, the novelty had worn off and Id got my wee fix firing at targets. Id do it again though and would recommend it to anyone. I’d certainly take my nephews but they would get a good talking to before and after about the dangers of the weapons and how to always treat them cautiously and with respect. 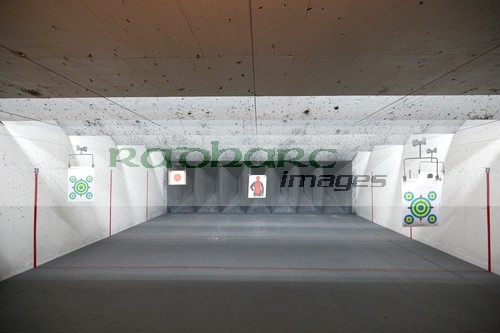 Gun range in Florida
Thats nearly it from Florida, Ive just one more post about the trip and its one of those times you are glad there has been almost a year between your initial reaction and…
…well you will just have to read it to find out what Im on about.