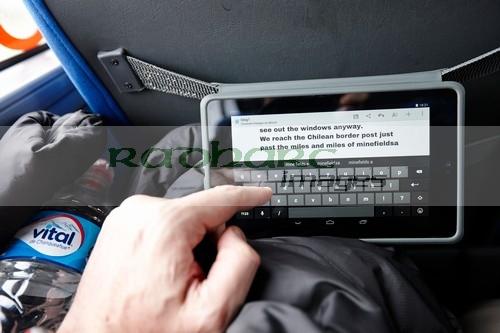 
For this blog post I thought Id do something different, a real time blog typed on the bus on my tablet as I went along. Before uploading here Ive just corrected a few of the autocorrect mistakes, the rest is as written. In retrospect it does come with a bit of a warning, it is written as it happened and sometimes when travelling its not all good news and some things you cant make light of. If you travel long enough you encounter the same sort of things as people do at home, including bad road accidents.
There’s no happy ending to this blog so you if you want to skip it then please do….

So what to do on a 12 hour bus journey at the end of the world. Well avoiding being killed seems to b the current state of affairs as we sit on the rough ground at the side of the road. I much preferred the last hour of dirt road travel which was slower but no daft overtaking manoeuvres that force you off the road. Up until that point it has been fairly uneventful the scenery is mostly flat, not Saskatchewan flat but not far off. There’s no living skies though just the dull flat grey common at home. There’s no trees very few bushes, the odd flock of sheep, very odd cow and occasional llama. (what is an occasonal llama). There also was one lost looking ostrich I’m putting that down to hallucinations or, just a very odd wtf moment.
The very odd time you get a glimpse of a settlement but more often than that it turns out to be a ghost settlement. I do think it would be a great place to explore in the camper van but not the place for my 1997 ford transit diesel. Then again I bought it because of its age and that most times it can be fixed with a hammer, screwdriver, gaffer tape, swearing and heavy boots.
I didn’t realise they served hot sweet coffee and snacks on the bus when I walked away into the local store last night for a sandwich and 3 bananas for the journey. My speaking Spanish is still shit but my listening and understanding is improving. As I left one said did that guy really pay 2000 pesos (about 2.30) for a sandwich and old bananas? Yes I did and I had enough cash left to pay 3 times that. Of course only when the bus conductor hands you immigration forms that you think you are going to have to stuff you face with bananas before the border. Thankfully Argentina isn’t as strict on fruit importation as Chile so banana overload isn’t going to be a problem. 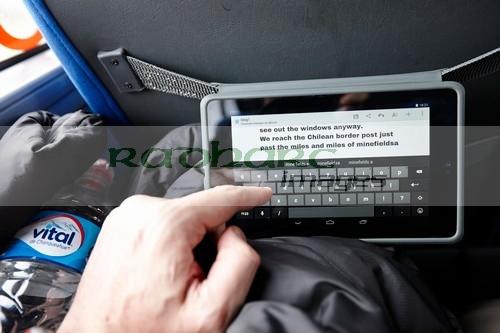 You might have gathered I’m sort of writing this in real time on my tablet hanging off the seat in front. Fine on the paved roads but autocorrect and the delete button are doing overtime on the dirt roads.
We get off the bus to walk onto the ferry for the Magellan strait crossing. The bus is full of travellers and a couple of small tourist groups. 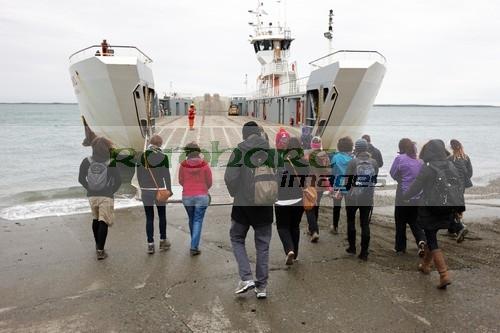 Right now thoughon this unpaved road the proximity of the space bar and the
Home and all windows buttons on the android keyboard is doing my fucking head in ☺
One of the tour groups is being led by a girl from northern Ireland so after following the group like a stalker for a while I say hello and introduce myslf on the ferry crossing. Turns out the llamas are guancos and the lost ostrich is a rhea, all common about these parts. I hope that’s today’s quota of stupid questions used up.
After the ferry its a 3 hour drive on dirt roads to the border with Argentina. One hour in you realise why its a 12 hour bus journey and you should get your head down. Problem is I would hate to miss something. All the blogs I have read about this journey say how little there is to see, but maybe they slept most of it and missed it all!
Nope, they probably didn’t. A couple of hours on the dirt road and nobody can see out the windows anyway.
We reach the Chilean border post just past the miles and miles of minefields. Yes minefields, they date back to the time of dictatorships in both countries and still plague the border although the EU is helping fund the inevitably slow clearance. There is a wee queue and a big one at the border post. The wee queue is for immigration, the big one for the toilets. The queue is there and every person can see every person at the front of the queue try the door, see if ts locked and walk off. Now you can see this done once or twice and think to your self yes they have tried everything and then accept the the door is locked. Or you can prove that stupidity does indeed cross all national, racial and language barriers.
Most people have the same idea 5 more hours to go so let’s try and shove a Microwaved hotdog bought for our last 1000 pesos into our gobs sideways without choking before we get back on the bus. Luckily no heimlich manoeuvres are required before we continue the couple of miles to the Argentinian border where the toilets as well as the border are open. 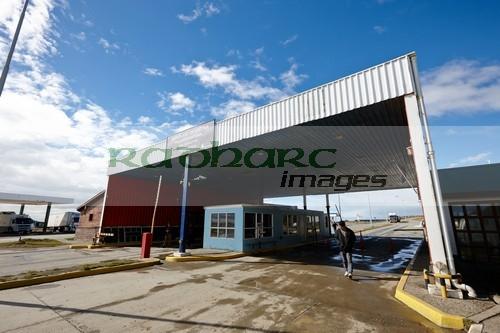 Argentina!
Only about 5 more hours left to go.
As we near Rio Grande (there are a few of those around as well) the big open flat lands with big skies and oil or gas rigs reminds me again of Canada. Although the sign in the arsehole of nowhere a with a show house and sign for planning of 1000 homes reminds me of Ireland.
Rio Grande seems a big enough place based around oil or gas and the various branches of the military.
Then its once again on out into the wilderness but on decent good roads.
About two chapters of Tom Creans book out of rio grande there was a strange formation on the now rolling hills. It looked like a range of sculptures on he ridge line sort of like upside down forked lightning 20-30 feet high. As we got closer it was more like a petrified forest but as we went on more and more appeared. Like those trees in Africa with very few leaves. After another hour of dozing on and off these scattered woods became denser and in the distance a snow capped mountain range appeared, not quite Alps more Scottish Highlands. As we went further the woods became forests and the mountains more alpine. Throw in some fjord like areas and we were driving through some of the most beautiful scenery in the world…
Suddenly the driver hit the anchors going down a steep slope with a sharp right hander at the bottom, he kept on breaking though and stopped about halfway down. It all became clear there was a car on its roof by the side of the road and by the looks of it another over the side down the embankment into the sea. The car on its roof had a woman half hanging out of the rear passenger window, still alive but judging by the blood around her not for much longer. Just a few feet past the car were about 6 cross memorials. Unfortunately the state of both cars means there will probably be a few more next week. The bus stopped and asked if anyone had any first aid equipment with them. Nobody had much past a small kit. I’d left my large kit with my mate but even from the bus it was clear first aid would have been useful. We went up to the top of the hill to see if we could get any mobile reception to call for help but nothing. The bus conductor stopped a few of the large hgvs and asked them to radio in for help but we are an hour past it now and nothing has passed us yet, maybe rio grande direction.
Its one of those times you wish you could do more, brought 2 kits, went on that first aid training course in January instead of maybe thinking of doing it in April when I get back. Of course if I’d have been travelling with my brother, a nurse, someone who does actually save people, then things may have been different. They aren’t and tourists being tourists an hour later the next snow covered alpine valley and the cameras are out again. That’s not a criticism its just the way life is.
I’ve been in the position where it all went pear shaped on a holiday. Most of the people including the staff were useless, why should they be anything else? If you don’t come across this type of thing regularly then stay clear and let those who know what they are doing get on with it.
At least nobody took any pictures.
Now ah hour or so out we are in the alps and stop in right beneath a ski-lift, this time its only a stoppage for a bit of a landslide next to a new tunnel being built.
The arrival into Ushuaia is just as the sun is setting and is absolutely stunning it should really be another wow moment and deep down it still is. 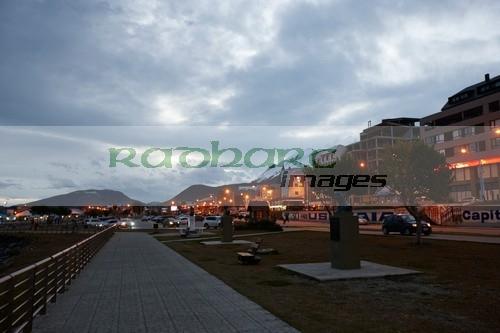