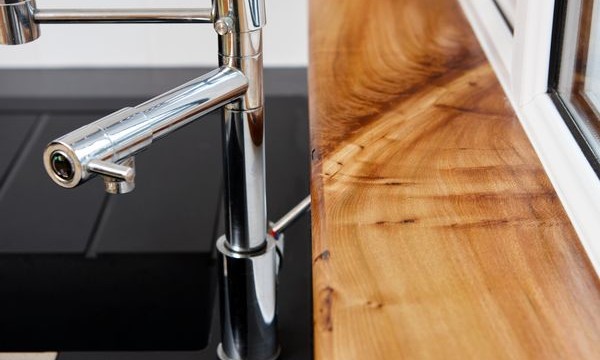 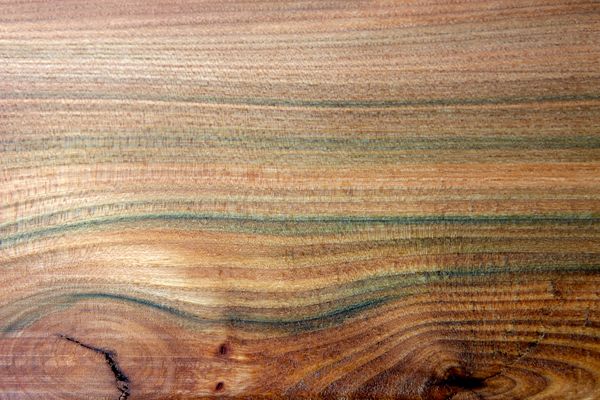 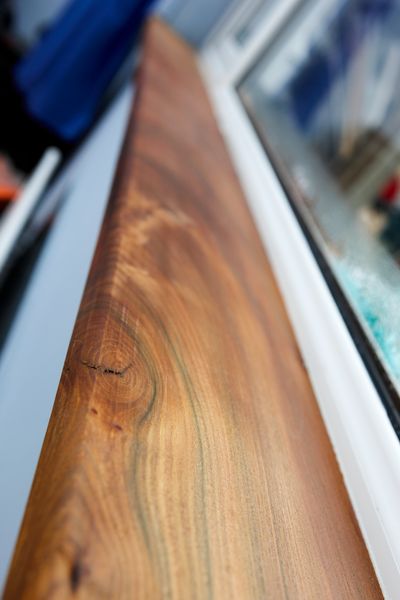 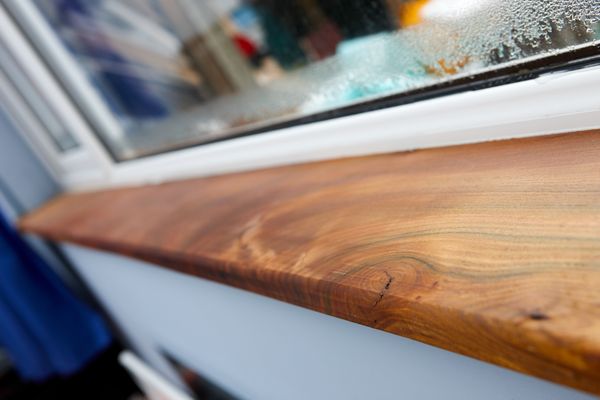 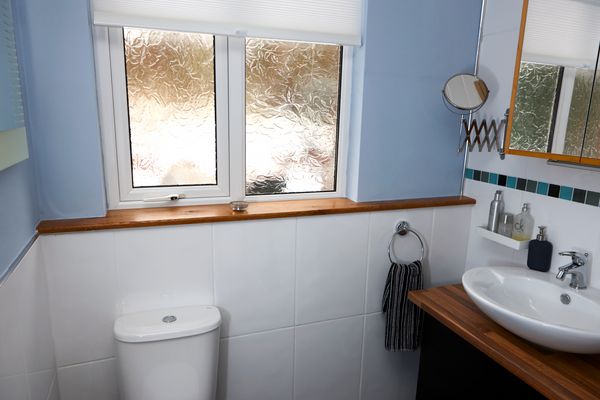 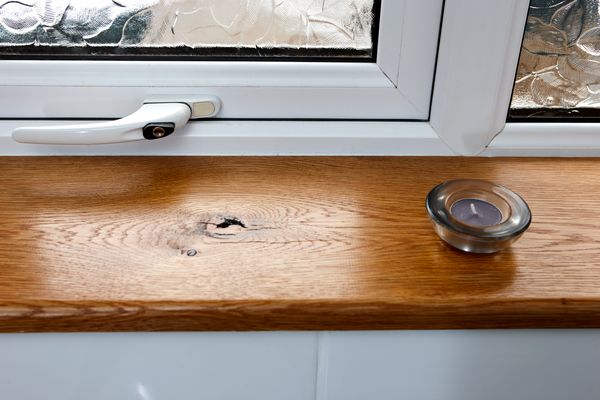 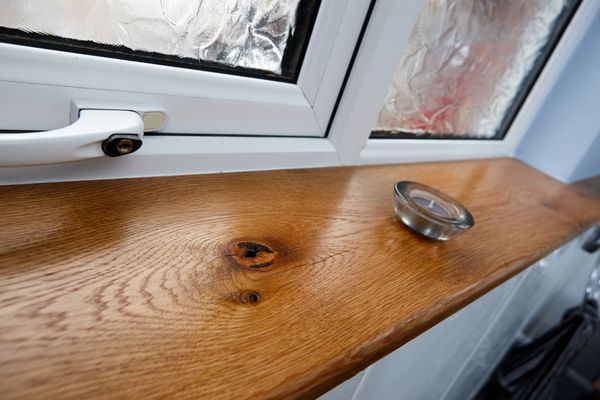 grain and texture of reclaimed oak board used as window sill 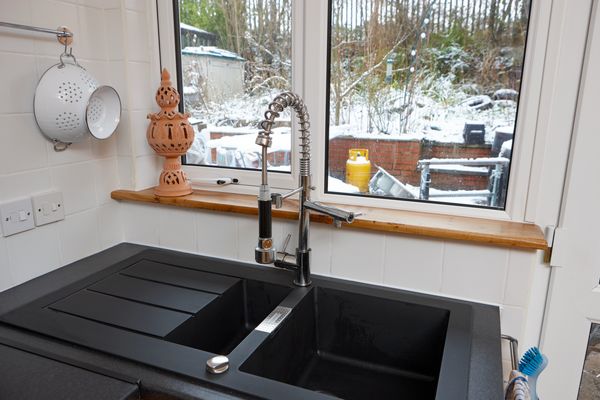 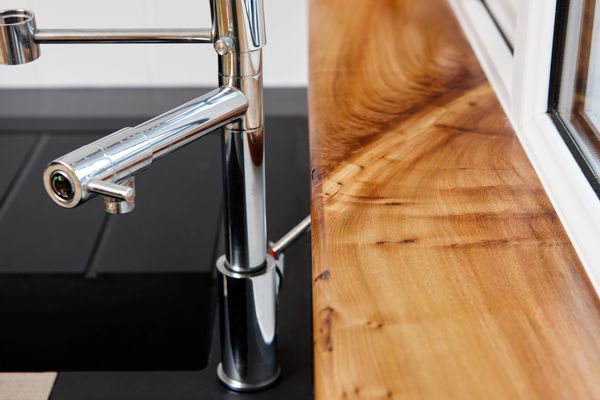 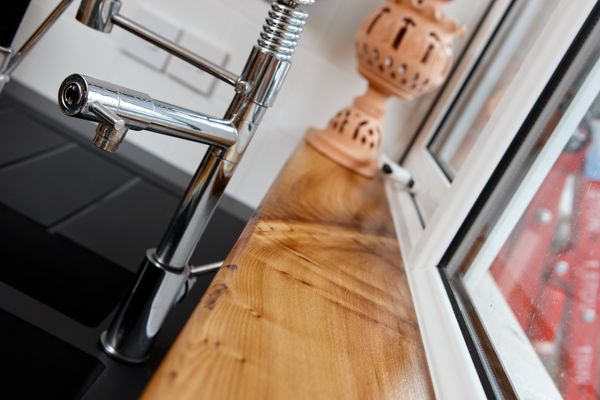